first day of morocco tours : Transfer from the airport to the riad according to your arrival time. If you arrive in the morning is the time to visit the city as early as the first day, otherwise the actual visit of the city is postponed to return to Marrakech at the end of the tour, Dinner at local restaurant, accommodation in a riad and typical very romantic.

Second day of morocco tours : After breakfast, we pick up you at the hotels departure via Ouarzazate over Tizi-n-Tichka passing by the col 2260m while enjoying some attractive views of the High Atlas Mountains also the Berber villages. stop for Lunch in oasis at Telouat .after you will have the opportunity to visit Telouat kasbah, situated by the family Glaoui dynasty then continue the road to visit the UNESCO World Heritage Site : the exotic Kasbah of Aït Benhaddou. Before Arrival to Ouarzazate you can visit the Atlas studios which host the largest movie studios in the world such as Lawrence of Arabia, Jewel of the Nile , The Mummy, Gladiator and The Man Who Would Be King. Then having Dinner and spending night in the hotel or riad.

third day of morocco tours : After breakfast, heading toward Tinghir, passing by Kasbah of Taourirt, then continue the road by crossing the beautiful oasis of the palm grove in Skoura, where you can see and visit the incredible Kasbah of Amerhidil. then to El Kelaa M’gouna (the valley of roses) where you will have your lunch, after that we drive you over the wonderful Pist “Mil Kasbah” which is accessible only on 4×4 passing by the amazing Berber villages such as “Boutaghrar” . Besides that you will have the opportunity to meet some Berber nomads whom are living in the grotto (caves). Then you will continue your road further through the valley and gorges of Dades. Having dinner and Sleeping in a hotel or in guest house.

fourth day of morocco tours : After breakfast, you will begin your journey, with exploring the marvelous Todra gorges then to the next destination which is Tinghir where you can have walk between the gorgeous oasis palm trees .then heading toward Tinjdad and having lunch. after that we drive via Arfoud where you will discover the marble and fossils, later continue to Merzouga where the caravan of desert (camel) will be waiting for you for an adventure in Erg Chebbi dunes. You will spend the night in a bivouac (camp in the heart of the desert), tasting Berber food, listening to the drums in a starry night and sleeping in a traditional tent (camel hair tent) in calmness and tranquility.

The camel man (trekker) will wake you up in dawn to see the spectacular sunrise in the desert, later you will return to the camp to have your breakfast. after the camel man take you back to the Auberge to have shower to refresh your body .we drive to Rissani through the Ksours and kasbahs of Tafilalet . Visiting the Zaouia of moulay Ali El-Charif, the mausoleum of the dynasty Glaoui founder, and have walk to discover the local market and traditoinal souks in Rissani .after that heading to Ourzazate via Alnif, Tazarin, Draa valley till reaching Ouarzazate. Overnight in the hotel or riad with dinner and breakfast.

After Breakfast departure toward Marrakech by crossing the high Atlas mountain through the pass of Tizi n’Tichka. Stopping along the way and enjoying the wonderful surroundings then having lunch in a berber village called”Teddart” before your arrival to Marrakech. Dinner and breakfast in hotel or riad.

Transfer you to the Airport at your flight time. end of 7 days morocco tours. 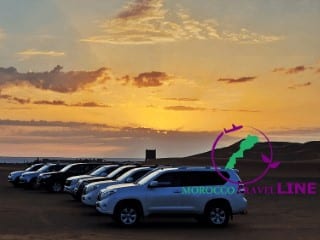 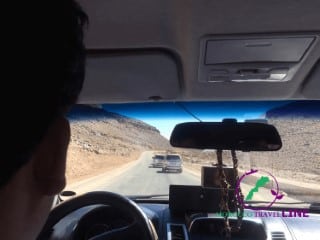 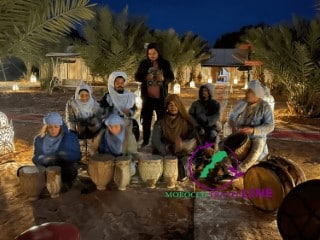