4 Days tour and travel in morocco from tangier

4 Days tour and travel in morocco from tangier to Marrakech

4 Days tour and travel in morocco start from tangier

4 Days tour and travel in morocco from tangier to Marrakech

In First day of tour and travel in morocco :  After breakfast, we will travel to Chefchaouen, passing via the Amazigh city of Tetouan, which is known for its Moorish architecture. Chefchaouen, often known as Chaouen, is named from the two mountains that surround it. It served as the principal location for Berber tribes waging raids against the Spanish colonization. Then we’ll continue on to the famed city of Fez, with a stop at the old Roman ruins, where you’ll be taken around this magnificent historic town, and then we’ll visit Moulay Idriss Zerhoun’s sacred town. We continue on our journey across the verdant terrain and olive groves to the panoramic vista of Sidi Chahed Lake.

In second day of tour and travel in morocco : Following breakfast, we will go on a drive down the lovely southeast route, where we will see a dramatic shift in sceneries, from the green plains of Fes to the Cedar and chilly temperature of Ifrane, Morocco’s most beautiful city. We continue on to a more desert-like landscape as we approach Midelt, Morocco’s Apple Capital, and then take the road south to Merzouga, the pearl of the south, where you will spend your overnight camel trek under the clear sky and under nomad tents in a camp in the middle of the desert, a chance to get to know your true self.

In third daynod tour and travel in morocco : “Sunrise date” If you’re in the middle of the desert, getting up early is a “must do” so you can see the most amazing sunrise you’ve ever seen from the top of a high dune near to the camp, then have breakfast before hopping on the camels back to the same spot where the car let you off the first time ( you can return with the car optional).Then we’ll proceed to Rissani, where we’ll visit the market (market days: Tuesday, Thursday, and Saturday), and then to Erfoud, where we’ll see the fossilized marble factories before heading to the Touroug and Tinjdad palm plantations. We’ll arrive in the Todra Gorges, one of the nicest sites in the High Atlas, an hour later. The river’s passage has carved out a cliff-sided canyon, which is famous among climbers due to its beauty and steep rock sides. Free time to eat lunch at this amazing location. A brief stroll through the gorges is recommended to fully enjoy the landscape’s splendor. We’ll proceed to the Dades valley, also known as the figs valley, in the afternoon, passing through Boumalne Dades and stopping at the “monkey legs.” At the Dades gorges for dinner and the night.

After breakfast, we may take in one of the best views of the Dades valley from a strategic overlook in the mountains, where we can take in the vast number of kasbahs and their aesthetic features. Then we travel down a route lined with other tourist-oriented kasbahs. After a few stops to take in the “Road of a Thousand Kasbahs,” We’ll go to Ouarzazate via the Roses Valley and the large Skoura palm grove, where we’ll see the Kasbah of Taourirt, the historic house of the Glaoui or Marrakech *Pasha*.We can also go to the cinema studios and the tue cinema museum if you’re interested. We will halt an hour from Ouarzazate at the ksar (fortified village) of Ait Ben Haddou to explore the famed Kasbah (declared World Heritage Site by UNESCO in 1986). Games of Thrones, Gladiator, Obelix, The Mummy, The Jewel of the Nile, Sahara starring Penélope Cruz, and others have all been filmed on this magnificent stage. Lunch hour in town is free. We begin our journey to Marrakech in the afternoon, passing via the mountain port of Tizi N’Tichka and making a few photo stops along the route. We now leave the moonscape behind to arrive at a colorful scene. We’ll arrive in Marrakech about 6 p.m., transfer to the hotel, and conclude our 4 days tour and travel in morocco from Tangier to Marrakech services. 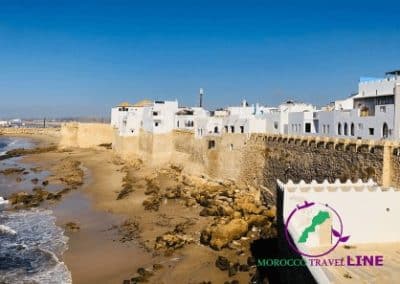 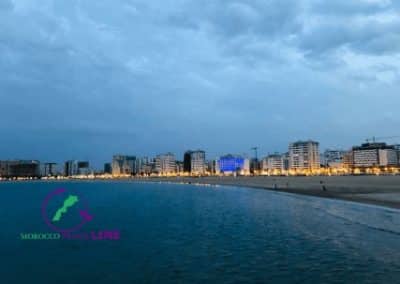 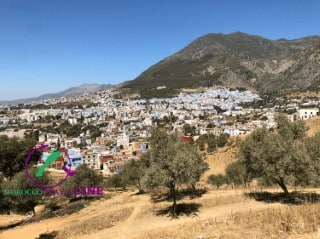 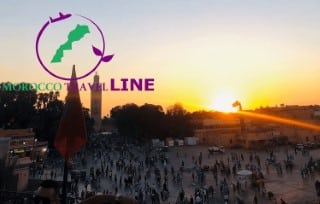